Choose From a Standard ProCalV5 TTP or Have One Customized

ProCalV5 Test Type Packages are designed to support advanced paperless functionality with comprehensive testing and maintenance routines for a full range of complex systems and devices.

Test Type Packages are one of numerous advanced enhancements in ProCalV5, and can be customized to your specific needs. Developed for use in all environments, we take your specifications and automatically determine Pass/Fail calibration results regardless of the procedure complexity or algorithms involved.

Such tasks involved include:

All Test Type Packages shown below are already built and can be supplied as add-ons to your existing ProCalV5 installation. Our engineers can also customize the existing packages below to your particular company needs or build others to match your unique requirements.

All Test Type Packages are validated, 21 CFR part 11 compliant and developed within our strict, audited practices.

Chart Recorders – Test the accuracy of the timing functionality of the chart recorder.

Chemistry – The Dissolution – Chemistry provides for Tablet Calibration test portion of Dissolution Bath calibrations.  This TTP results in the eventual comparison of a “% Dissolved” value for each vessel, compared to the minimum and maximum % Dissolved based on a USP Lot number.

Extreme Values Test – The Extreme Values accepts a set of test point inputs and calculates the minimum or maximum reading from the set.

Fume Hood Certification – This TTP allows users to certify fume hoods.  User set the Output Resolution and the Acceptable Low & High Values.  Also a user can set the # of Columns, # of Rows, Sash Opening and Sash Width. During calibration is where the Average Velocity, Hood Opening, and Air Volume are calculated and the Pass/Fail is based upon the average velocity compared to a user established acceptable specified range.

Gage R&R Study – The ProCalV5 Gage R&R Utility allows users to collect data for a Gage Repeatability and Reproducibility study on individual items they are managing and report on range of operators, acceptability and more. 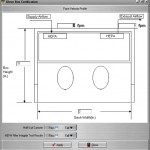 Glove Box Certification – This will allow users to perform glove box certifications.  Box Height and Sash Width for the glove box are entered on the item’s Master Instrument Record.  The visual prompt on the Calibration screen is when a user performs a calibration/certification to their Glove Box. 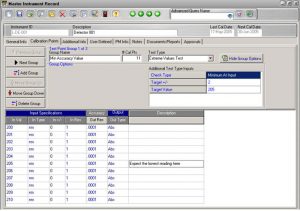 HPLC Extreme Values Test – The Extreme Values accepts a set of test point inputs and calculates the minimum or maximum reading from the set from the results of the HPLC Detector.

Input Conversion – This will allow users to display the As Found and As Left readings back in the unit of the Input Signal Type in ProCalV5.  This test defaults to a linear correlation from Input Range to Output Range unless the Correlation to Output is specifically set to Square Root by a user. 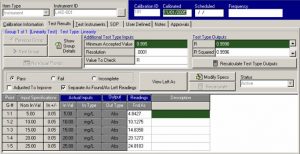 Linearity Test – The Linearity calculates a correlation coefficient and its square from a set of inputs and readings and compares them against a standard of acceptance.

Manual Pass/Fail – The Manual Pass/Fail allows the user to identify the test using the Group Name field, and enter whether or not it passed or failed as well as being able to record an As Found OOT.

Multiple Readings – The multiple readings test will allow users to enter multiple As Found and As Left readings for a single input reading.  The user can predefine a set of Heading Labels and Units for up to 5 additional As Found and As Left columns related to their test points.  All values are captured on the Calibration record in ProCalV5.

Pipette Calibration – This allows users to capture multiple repeated volumes and weights per each Pipette test volume. Each set of readings is tested for precision (%RSD) and Accuracy (% of target volume). 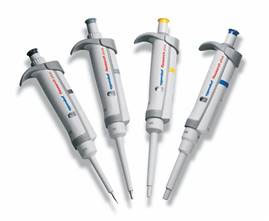 Pipette Calibration with Conversion – This test type allows users to capture multiple repeated weights per each Pipette test volume, and convert to the corresponding volume according to an entered temperature value. This is done using a water density factor table. Conversion from milliliter and microliter to milligrams or grams is done automatically. Each set of readings is tested for precision (%RSD) and Accuracy (% of target volume). 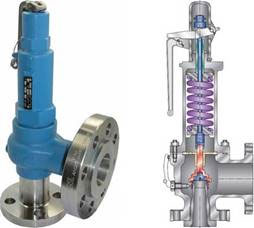 Radiation – The Radiation Test Type Package is used to test radiation detectors. Included are two packages that work together to perform the tests/calibrations.

Radiation TTP – This package is used on the Instrument record to define what filters and what distance the detector is tested at. During the calibration, this package will calculate the radiation output as of the calibration for each test point, given the distance of the test and the filter used. 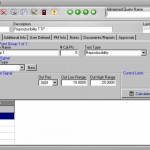 SMA Sampler – This will perform Pass/Fail on a Velocity Reading and a Time reading, in fractional Minutes.  It will also give a Replace Battery warning when the Average Voltage of a set of test point readings is outside of a given acceptable range.

Stopwatch Timer Test – The Stopwatch Timer Test allows the user to capture and automatically process and calculate time measurements to be compared with some target time. Time can be measured in Days, Hours, Minutes, Seconds and up to 100 millionth of a second (8 decimal places). 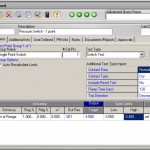 Switch Test – The Switch Test allows the user to capture either a single point trip test or a two-point trip and reset test. Many of the features of ProCalV5’s standard calibration are used, such as the variety of limit calculations and providing the ramp range. A special feature of this Test Type package is the ability to download this test to a Field Calibrator using the ProCalV5 Field Calibrator Utility FCINTF interface.

Task List – This will supply and record a list of tasks for maintenance or calibration-related maintenance steps to be recorded on a Calibration record. Each test point will be a “Task”. During Calibration the user can mark whether a task has been completed successfully or not, along with recording a brief comment for each one. The group can be set up to fail the calibration if any step is skipped, and/or if any step’s result is not filled in, but may also be set up to be for information only.

Temperature – The Dissolution – Temperature allows the user to capture a given number of temperature test points, each one representing a vessel in a Dissolution Bath, or an External Bath, or some Other Probe related to the test.

Test Omission – The Test Omission allows the user to omit a particular test group from the overall determination of Calibration Pass/Fail.

Timer Test – The Timer Test allows the user to capture and automatically process and calculate time measurements to be compared with some target time recording in either Minutes or Seconds.

Uncertainty Budget Calculation – Allows the user to calculate an Expanded Uncertainty value for a given engineering unit and Coverage Factor (k), expressed in the desired number of significant figures. The user can manipulate component values, add components or remove components from the list of values that are used to calculate the Uncertainty. These values can then be displayed on customized reports or viewed in the electronic record. 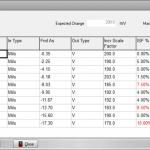 Vibration Probe – A Precision Test Routine for vibration testing with Documenting Process calibrators. The module is compatible with most industry standard vibration test probes. Master asset records define the individual asset test parameters and determine schedules for the assignment. Once the off-line test is performed, results can be electronically saved as part of the asset historical record.

Wobble – The Dissolution – Wobble allows the user to capture the Apparatus used when performing Dissolution Wobble tests of several vessels of a Dissolution Bath. 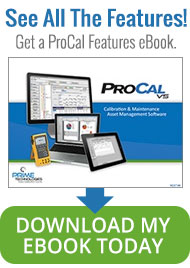 was last modified: by